Reacon Mk2, which is also a sober presence in the Modulus series.

It’s too short and stocks only for decoration. An extension barrel that is also too short. 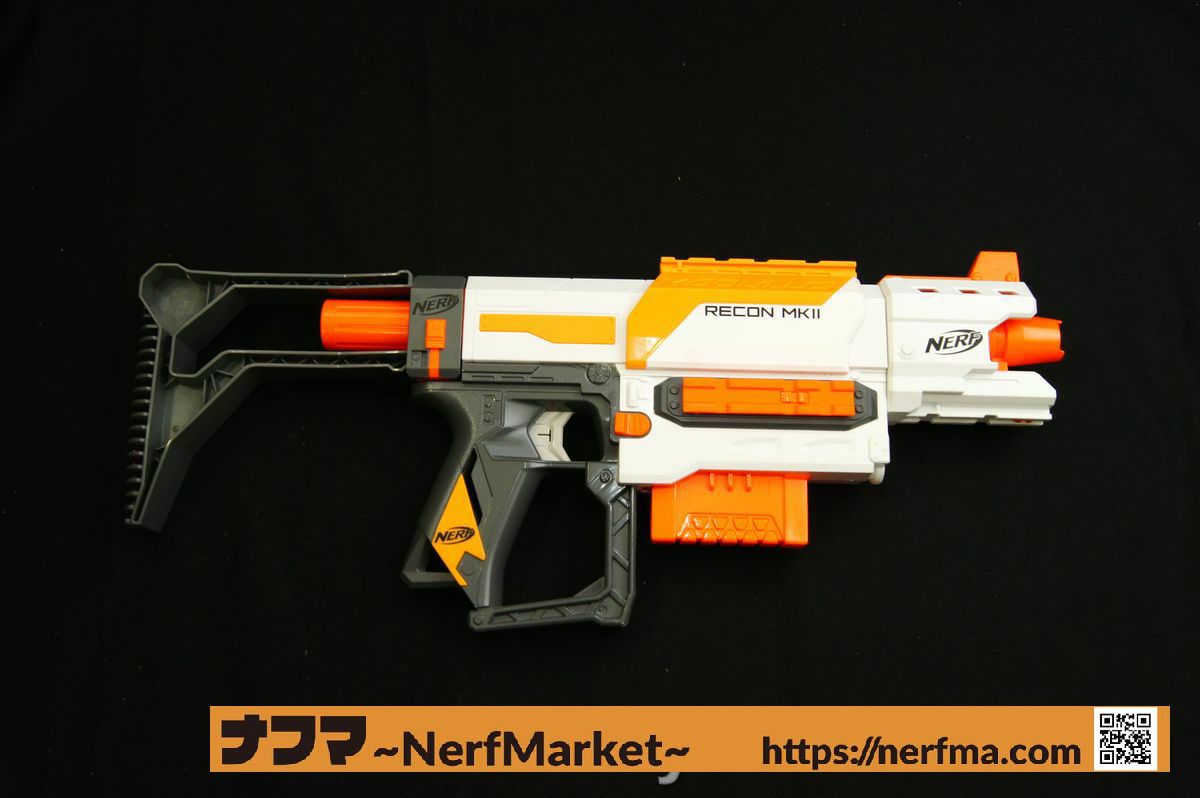 Although it was a model that inherited a special name for a nerf fan called “ Reacon ”, it seemed that it could not exceed its predecessor.
He was a regular customer for discounts, and in a sense it seemed that the number of sales was managed as an introductory nerf.

Reacon Mk2 is characterized by white and pale orange coloring, but it has become clear that a new color will appear in it.

KOHL’s is an American mass retailer. Unfortunately, there is no direct delivery to Japan.

However, as long as you look at the box, there is no “KOHL’s limited” sticker, so it may be sold in the Amazon.

What is the difference from Reacon Mk2?

In addition to the different coloring, the side nerf name has changed from “RECON MK2” to “RECON CQ12”.

The meaning of CQ is unknown, but 12 is the number of ammunition … It means that 12 magazines are attached.
And the wonder that the stock is not included.

I don’t know if it’s a color variation or an internally refurbished one, but if you’re going to have a customized play with coloring, the Elite Blue Recon CQ12 might be quite interesting. I think.